"The District under review has been often called ‘Scott's Purchase,' and it is sometimes called the ‘Black-Hawk Purchase;' but from the extent and beauty of the Iowa River which runs through the District, and gives character to most of it, the name of that stream being both euphonious and appropriate, has been given to the District itself".

The Iowa River originates in Crystal Lake in the rolling plains in north central Iowa and flows 329 miles in a southeasterly direction to the Mississippi River. The naming of the river was derived from the Indian tribe that once roamed the river valley prior to European settlement. Numerous spellings have been offered including "Aiaoua," "Ayoes," "Aieway," Iowaas," and Ioway as well as others (Brigham, 1918). Final designation came in 1836 when Lieutenant Albert M. Lea described his expedition through the western portion of the Wisconsin Territory as the "Iowa District."

The definition of the tribal name "Iowa" remains obscure and contested to this day. Some translations offer "Sleepy Ones," "Drowsy Ones," "Dusty Noses," "This is the place," and "Beautiful Land" (Petersen, 1941). Of these, present native Iowans would presumably prefer the reference to the land rather than the character of its people.

In March 2004, after I had provided a presentation of my previous canoe trips to members of resource agencies of the Upper Mississippi River States, a wildlife manager from Iowa came up to question my choice for my next trip - the Iowa River. He pleaded with me to reconsider my choice and strongly suggested I canoe the Upper Iowa River instead. He described the great natural beauty of the Upper Iowa over the larger more developed Iowa. I tried to point out that I was intending to canoe the State-named rivers of the Upper Mississippi River and the Iowa was chosen next over the remaining two - the Illinois and Missouri (the latter may be more of a dream than a serious ambition). My reasoning did not persuade my Iowa friend and he walked away disappointed having failed to alter my canoeing plans.

Had I made a mistake? What was I to find in the Iowa River that warranted such a poor testimonial from a State wildlife manager from Iowa? Certainly a river named after native Americans couldn't be all that bad could it? The questions haunted me and peaked my curiosity to discover these answers as I made my own pilgrimage down the Iowa in June 2004.

I didn't make a mistake. The river offered considerable wildlife viewing opportunities and miles of undeveloped shoreline that was covered in floodplain forest. Early morning paddling down the meandering tree-lined banks teaming with waterfowl, herons, owls, songbirds, turkeys, deer and other wildlife are etched in my memory. Yes, there was development that intruded on the river, including the massive Coralville Reservoir above Iowa City. There were also long portages around several dams. Nonpoint source pollution was evident as reflected in the river's brown turbid water. There were reaches where careless property owners discarded refuse along the bank or provided ugly attempts at bank stabilization. However, I also observed a rebirth of natural floodplain habitat by riparian landowners that have provided easements or sold their lands to conservation agencies as part of a major river reclamation project. These efforts are the seeds to a renewed Iowa that offers promise to a brighter environmental future. Yes, canoe the Iowa. 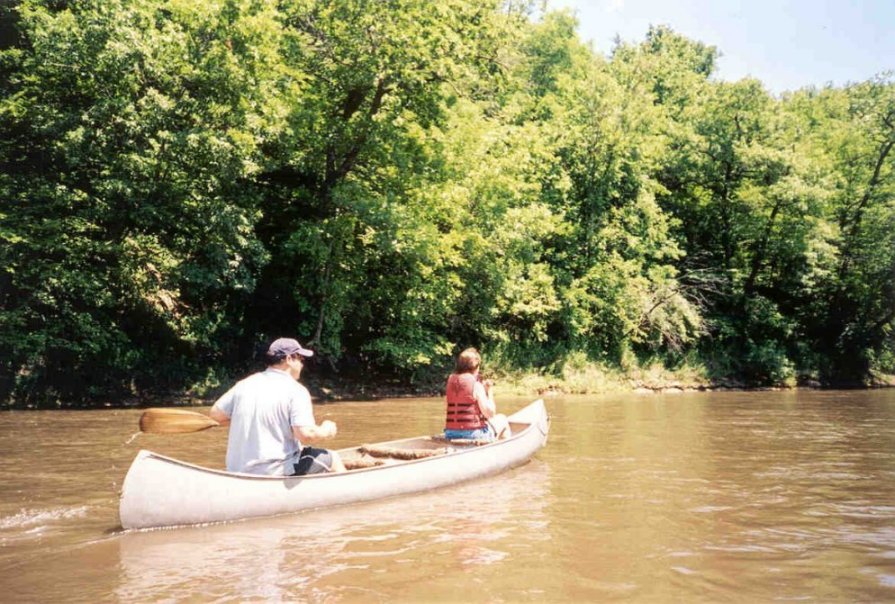 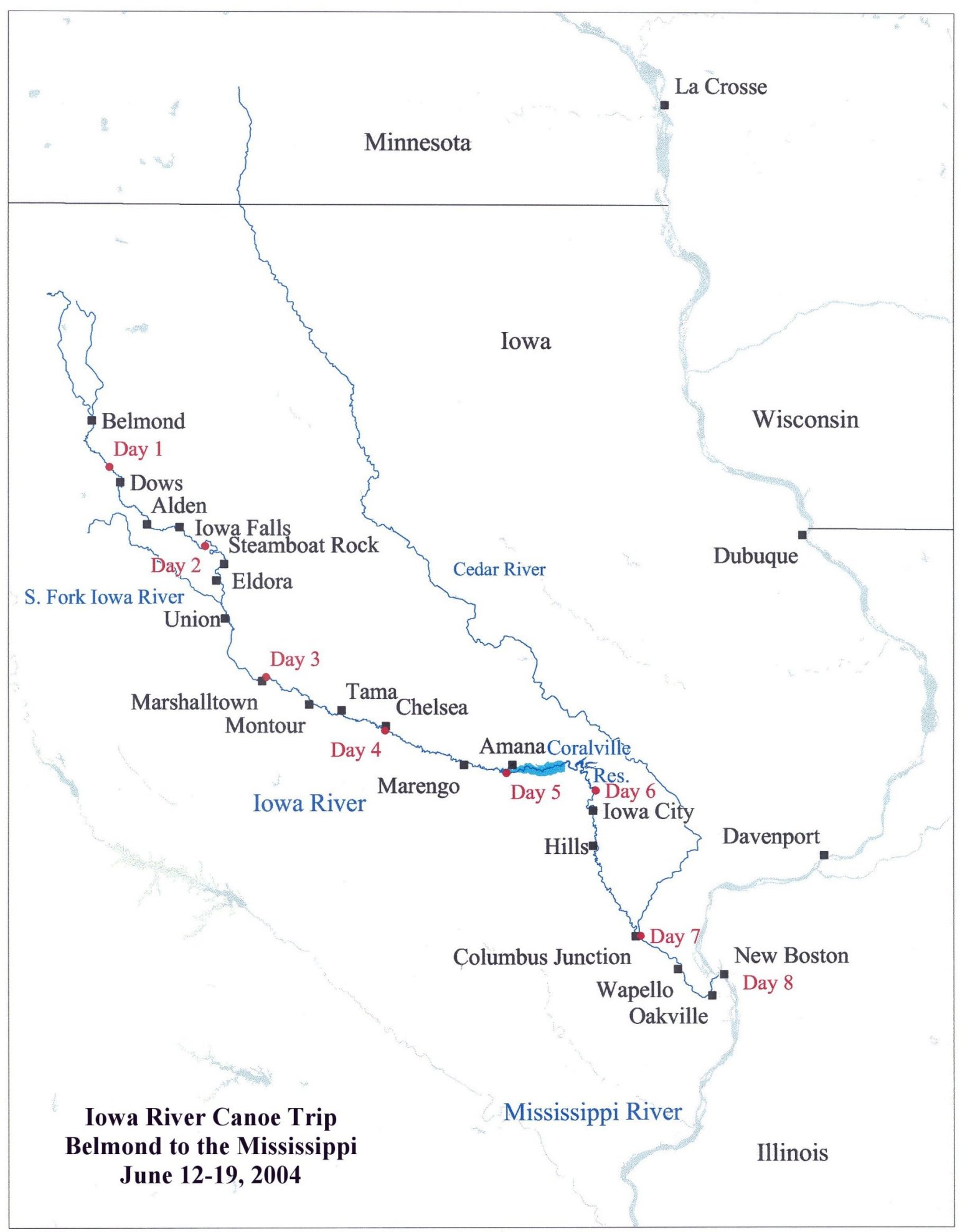