had an extra hour of sleep this morning and then wrote in my journal for about an hour to catch up on yesterday's journey. I finally left my Eureka campsite at 9:10 a.m. A short time later, I pulled into the tail water of the Eureka Lock and prepared to lock through. After about a five- minute wait, I went to investigate the delay. I found a young woman with her son having breakfast on the screened-in porch at the old lock master's house. I was informed that I would not be able to lock through since I didn't have an appointment, which was needed during weekdays. Lacking this official proclamation I was out of luck, took the seventy-five yard carry instead and avoided the five-dollar fee.

I landed at the Berlin Boat Club dock around noon and took the opportunity to refresh my water supply at their fine facility. Berlin has fancy municipal water park about three-quarter miles upstream on the RDB. The lifeguards were preparing the pool for a large crowd on this hot day. I spied a nearby Kwik Trip store, made a stop for cookies and ate them as I returned to the canoe. This activity aroused considerable interest in several obese popcorn ducks, which followed me in pursuit of a hand out. They were soon chased away by a German shepherd whose owner had brought the dog down to the river for a swim.

The old Berlin lock and dam site was about 2 miles upstream of downtown Berlin. I easily managed to canoe over the sill of the dismantled dam and parked the canoe on the LDB for a brief inspection. There was nothing left of the lock as it has been removed and the chamber filled in with dirt.

The ten-mile trip to the White River dam was very scenic and isolated from civilization. Several times I became mixed up in my course and had to study the map to reassure I was heading in the correct direction. The area where the Pychyan River joins the Fox seemed very wild and remote. It was difficult to see over the bank in many areas due to the eight-foot tall Phragmities beds. I could see how the early explorers had difficulty finding their way in these heavily vegetated bottomlands. For about two hours, I was certain I was not heading in the correct direction myself. Then to my relief, the White River dam came into view. The state of this dam and lock was similar to Berlin's and with slightly more vigor, I canoed over the old sill at about 6:45 p.m. Canoeing speed this afternoon has slowed to about two miles per hour due to the resistance provided by increased current velocity.

"We knew that, at three leagues ( about 3 miles ?) from Maskoutens, was a River, which discharged into Missisipi. We knew also that the direction we were to follow was west-southwesterly. But the road is broken by so many swamps and small lakes that it is easy to loose one's way, especially as the river leading thither is so full of wild oats, that it is difficult to find the channel."

These great wild-rice widespreads-sloughs, the natives call them-are doubtless the beds of ancient lakes. In coursing through them, the bayous, the cul-de-sacs, are so frequent, and the stream switches off upon such unexpected tangents, that it is sometimes perplexing to ascertain which body of sluggish water is the main channel (Ruben Gold Thwaites 1887, Historic Waterways).

I camped on the RDB over looking the old dam site. My campsite seems to be in the center of activity for drinking parties as indicated by many bottles and beer cans littering the grounds. The property is owned by the DNR and managed as a public hunting and fishing area. I decided to let someone else attend to the mess and quickly made dinner (pasta and tuna) and headed for bed. 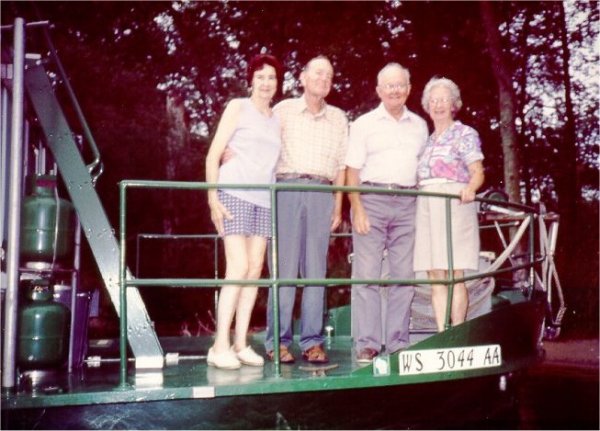